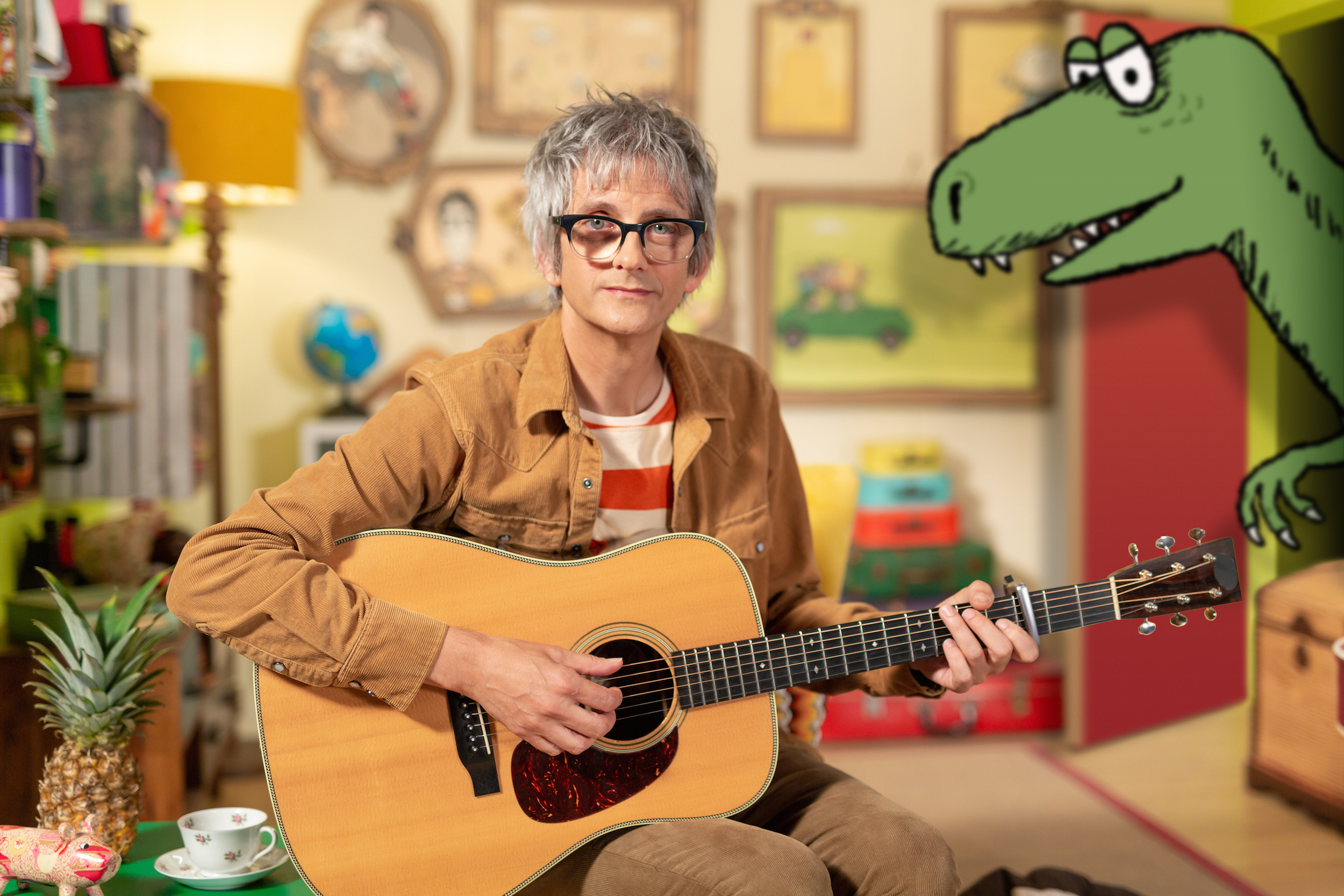 Children across the country can let their imaginations run free with the Popcast machine on CBeebies’ brand new music show Nick Cope’s Popcast.

Each episode sees singer-songwriter Nick Cope, formerly of the band The Candyskins, searching for ideas for a new song from the setting of his quirky caravan. Nick is not alone on his songwriting journey, as he has his adorable companion Norman the Whippet for company.

The 15×5′ episodes see Nick taking inspiration from his surroundings and from ‘The Popcasters’, a team of young children, who give him ideas and topics to sing about.

Nick sits down to write an original song each week and when the tune is ready, it’s time to power up the Popcast machine and bring the music to life.

With songs including The Baby’s Done A Poo, I’m A Little Lizard and A Round Of Applause For The Dinosaurs, Nick Cope’s Popcast brings spectacular visuals and charming songs together that are guaranteed to have toes tapping – regardless of age!