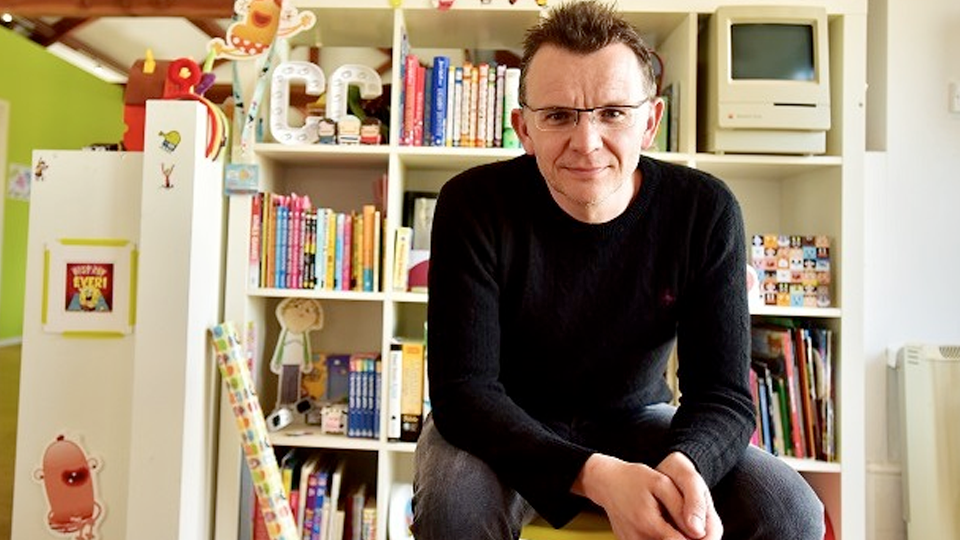 It started with Glynn Hayward working on a computer in the back bedroom of his Keynsham home. But now the Complete Control digital studio is one of the area’s great success stories.

With turnover of more than a million pounds a year, and 18 members of staff hard at work in the company’s studio in a converted farm building near Saltford, Glynn and his team are working with some of the best known characters in children’s media – from Charlie and Lola and the Teletubbies to Dennis the Menace and the Go Jetters.

Back in the 1950s and 1960s comicbooks had the monopoly on children’s entertainment, then in the 1980s and 1990s television took on that monopoly.

“But these are interesting times,” Glynn says, “because now all these new media channels have opened up for children to engage with their favourite characters, and children are completely open to using a vast range of digital channels – which is why so many children’s TV shows now have spin-off apps and onlne games.

“The creation of the app store completely changed the media landscape and allowed smaller agencies like ourselves to work on a level playing field with the big boys – so characters are also developing outside the realms of television, which is how things like our Roodie Noodies can become popular online with kids even though they are completely original characters.”

The team is also currently developing characters called Bebods, which children can print off and build into three-dimensional figures.

“They’re proving very popular, and a number of the big brands are allowing us to develop Bebod versions of their characters – Bebod Dennis the Menace and Bebod Gnasher, for example.

“But children can also develop their own Bebods – based on themselves, so they end up with a little toy of their own Avatar.”

It’s a nod to children’s self-consciousness in the digital age that they might want to play with an avatar of themselves, but Glynn and his team clearly know what they’re talking about – another online app they are currently working on allows children to superimpose their own faces on to their favourite characters from the cBeebies series Go Jetters.

“Things are certainly different for children these days,” Glynn says. “For example, we have 60,000 children following Bebods on children’s social network Popjam. For us that’s a great opportunity to get to know the people we are creating things for – and we can test out ideas on them as we go along.”

“We were chosen from 290 agencies that applied worldwide to work with the BBC on shaping the direction their children’s media will take over the next 20 years as the industry evolves,” he says.

“That’s a really exciting project for us to work on over the next four years. So we’ll be looking at different media channels that the corporation should be moving into in that time.”

Microsoft Ventures, the entrepreneurial wing of the giant US corporation, is also very interested in the potential for Bebods to take off in the American market – so much so, they have given the studio a Microsoft mentor to sit over and advise on the direction of the project.

But the perhaps the most interesting thing on Glynn’s radar is that he is actively looking at ways to develop the studio’s connection to physical toys.

“It’s certainly not just about digital,” he says. “Physical toys still have a place, and the key is going to be being able to connect children’s interest in the digital characters with their physical play. That’s why Bebods are particularly exciting – avatars that children can develop online, but print off and build as physical toys, could prove really popular.”